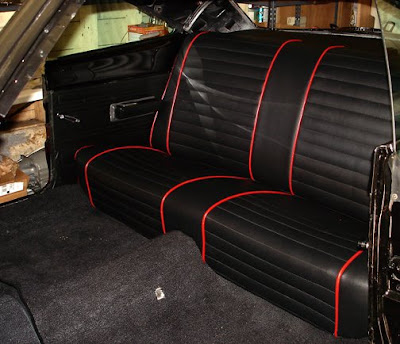 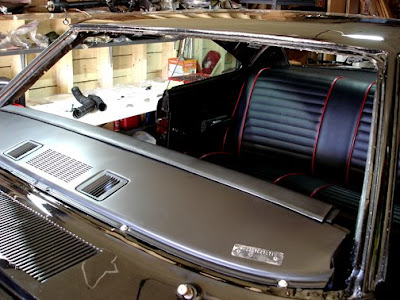 Ya-ya, I know to most people it's kinda boring but I figure it's like a monthly car update. Lot's has happened to the Satellite in the last month but not to many photos.
Basically in a nut shell I got my pal Scott Mugford of Blue Collar Customs Sacramento on board to help with my motor. Under Scott's guidance we dropped the virgin block off at racing legend Rex Hutchison of Rex Hutchison's Racing Engines where Rex and his team went to work on it. Scott is now in the process of building it, more on that later. Wile that part of the car is getting it's attention I've been hard at work in my garage installing my rebuilt everything, dash, steering column, heater box and upholstery. Not to mention the grill and bumpers, she's staring to look like a car again.
Posted by Dirty Donny at 6:46 PM