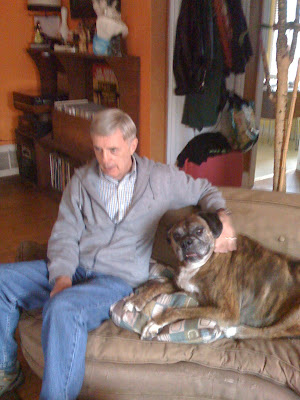 Best dad ever!
Posted by Dirty Donny at 4:10 PM

Oh, and I almost forgot, merry X mas!
My friend Josh AKA Remi Royal has made a lovely X mas video for you all, enjoy! 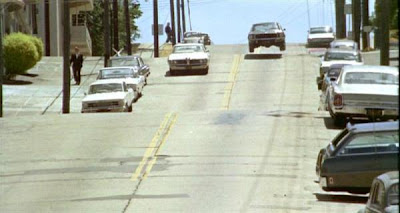 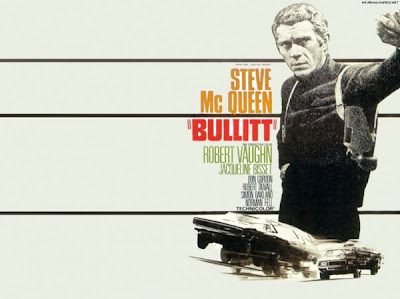 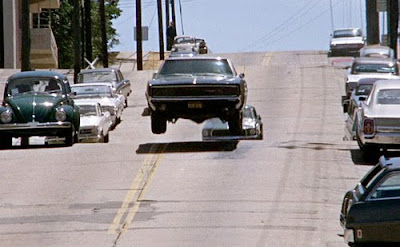 Every day at lunch time I watched the chase scene from Bullitt. This was back when I lived in Montreal. I had the tape next to the VCR queued and read. I would make a grilled cheese sandwich, glass of milk and watch it.
Posted by Dirty Donny at 4:51 PM

Email ThisBlogThis!Share to TwitterShare to FacebookShare to Pinterest
Labels: Bullitt Been so bussy, yikes! But I'm back.
I will be posting all the new art from the last 6 month including a video we are working on about the drums I painted for Brann Daylor.
Picked these glasses up at Target this summer. I'm glad I grabbed them, art is amazing.
Posted by Dirty Donny at 6:37 PM

How Lux and Ivy met, get ready to swoooooooon 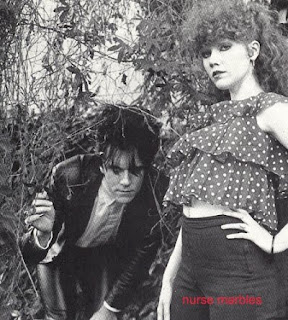 LUX INTERIOR: First time I saw her she was walking down the street, hitch- hiking, and she was wearing a halter top and short shorts with a big hole in the ass with red panties showing through. I was with this other guy, a friend of mine, and we both just went, "Who-o-o-oh!" We pulled over and I think I had a hard-on about three seconds after I saw her. It was 1972, and we were at Sacramento State college, although saying it was a college is stretching it a bit. You'd get credit for going there and everything, but it was just a bunch of weirdoes. It was crazy. Half the teachers were just fucking the students and getting paid for it. It was really a great time, those days. Really a creative environment. We had to register for our classes and we had this pamphlet in the car that told you what classes you could take, and one was called Art and Shamanism. I remember I said: "What is shamanism?" She explained it to me, and I thought, boy, that sounds pretty interesting, I think I'll take that. And then when I showed up for that class she was there. 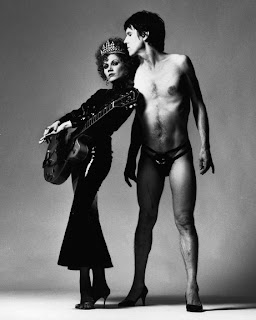 I remember the first day of that class, the teacher had us all sit around in a circle on the floor and hold hands. It was some kind of weird exercise, some mumbo-jumbo crazy cult thing where there was supposed to be energy which would fly around clockwise, and then he made it go counter-clockwise. It was great, it really worked, but just holding hands with her I felt about a thousand times the energy that I was getting from him. She's incredibly beautiful, that was the first thing I noticed. And then when I talked to her she was incredibly smart, too. We just had a bond. A week and a half, maybe two weeks later we started living together. We just couldn't hard- ly stand to be away from each other. People would even tell us: "That's not right, it's not healthy, you guys shouldn't be spending all your time together." And they tell us that to this day. 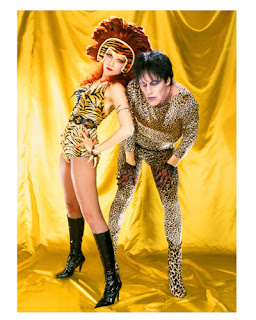 It was a while on before the group actually happened. All my life I'd been to see rock'n'roll bands, but I'd never quite been in one myself until I met her. I remember her saying, "Well, we should do that", and I'd say, "Well, yeah, I guess we could do that", and she'd go, "Of course we could do it!" I think we just talked each other into it. Sometimes you have friends and they'll talk you out of doing things. They'll say: "You? Oh yeah, sure." But the same thing can happen, you'll meet someone who'll talk you into doing things, too. If I hadn't met Ivy I might just still be going to rock'n'roll shows. 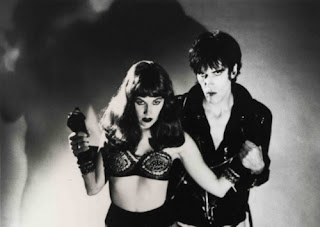 She's really courageous and she's really smart. At first, when we started out we just wanted to have fun and we didn't want to have anything to do with the business part of all this band stuff, but every time we've tried to have somebody manage us it's been some kind of a bad experience, so she's taken over managing the band and she really does it great. That's why the Cramps are still around after all this time, because she cares about it and she's capable of unbelievable acts. This is our dreamchild or something, this is something that we make and we do together, and we're real protective of it. And we're also appreciative of the fact that we invented this thing called the Cramps, and from that has sprung a subculture of people all over the world, and we feel we're representative of them. We take that real seriously. We've thought about having children before, but we've always been so busy doing this, and this seems more important to us. We have three cats and we can't even stand to leave them to go on tour. So I don't know how we'd deal with a child. 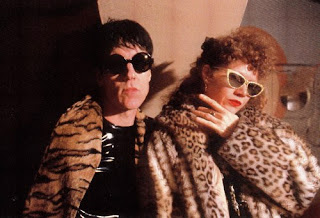 We're different in a lot of ways. I tend to fly off the handle and go crazy and start screaming and she tends to be a bit wiser and calmer and more patient than I am - before she starts going wild, too. I think she's a lot classier than I am, but I think I've gained a lot of class from her. It's hard to figure out how we're different because we're together all the time and we always do everything together. In a way it's kind of one thing, me and her, but she's also very much an individual and very strong. She grows like a tree. She's faceted like a diamond. There's a million sides to Ivy and I just love all of them. 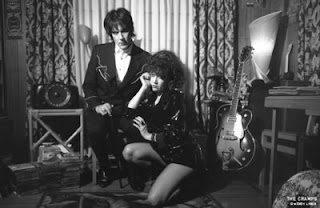 metallica tonight at the fillmore 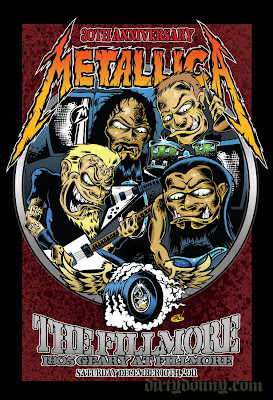 I'm honored to do the Sat. night poster for my bros 30th anniversary show. Tonight in San Francisco at the Fillmore!
It's also my first Fillmore poster.
Thanks guys and Congratulations!
Posted by Dirty Donny at 6:37 PM

Vintage Ace! Our friend Emily posted this on facebook tonight.
Posted by Dirty Donny at 11:33 PM