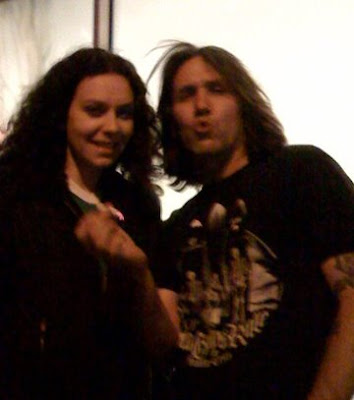 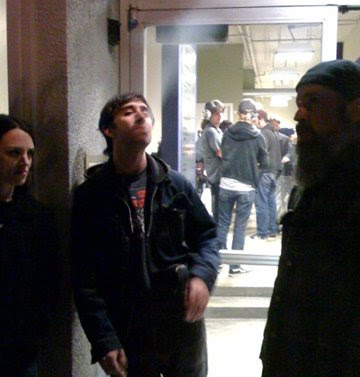 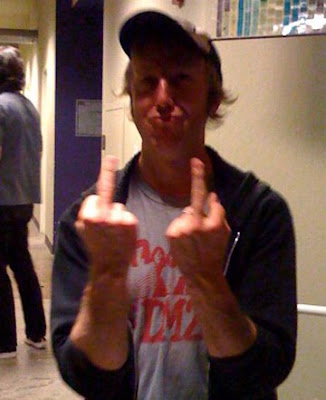 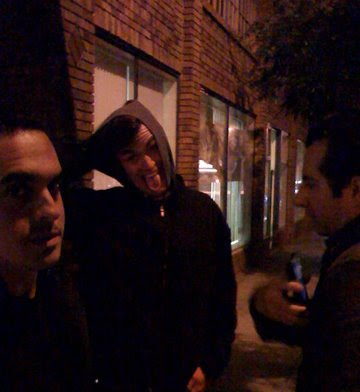 Hey, sorry for the long time no blog.
Things have been very upside down around here.
Thanks to all my friends and everyone else for coming out to the Magic Buss Movie night last Thursday. It was really nice to hang with you all and it helped lift our spirits. Special thanks to John Trubee, Henry S Rosenthal, Tim at Escape from NY and Charger Jon! Oh, damn, thanks Bill, for sacrificing half the night and getting the pizza, your timing was perfect bro!
I snapped a few shots from intermission out front. 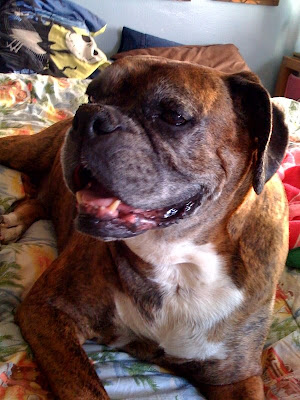 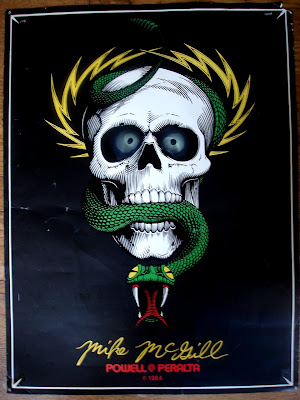 I got this when I was a kid. I had this glow in the dark spray paint back then and I painted everything I owned.
My shoes, my parents house (sorry dad) my posters etc.
Unfortunately the eyes fell victim to this.
VCJ did the art. A great artist that was a big influence on me.
Posted by Dirty Donny at 11:48 AM 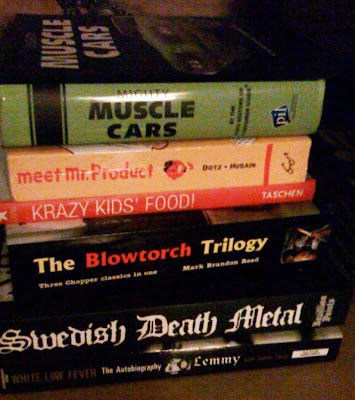 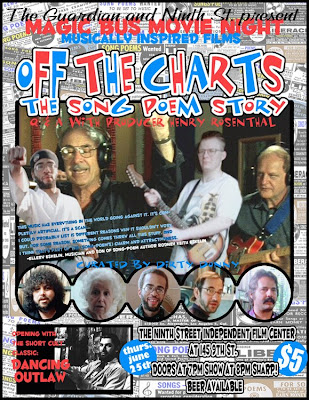 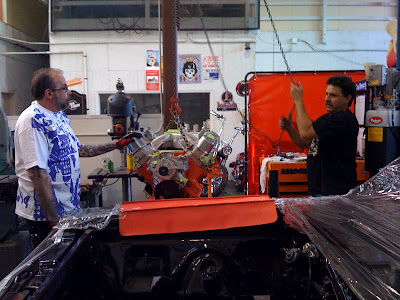 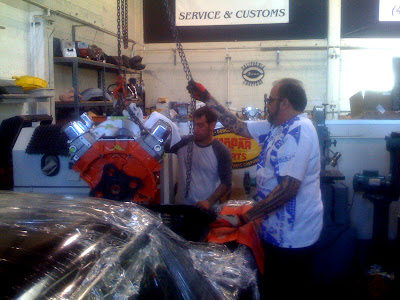 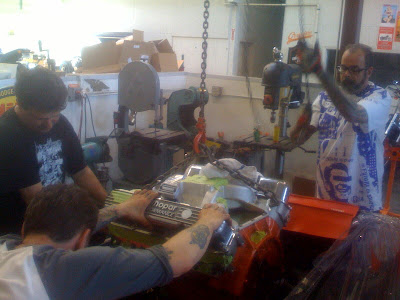 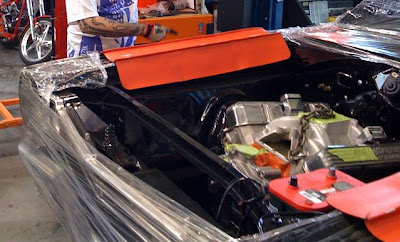 Big old engine drop. Big day for the Donster. We yanked out the 383 so long ago I can't even tell you when. I spent hours staring at that empty bay.
MoBill stuffed my motor in there like he was making a peanut butter sandwich, quick and smooth like it was nuthin'.
Frank on the chain gang, Brian with the photos and me being stoked doing what I could.
Jesco White, Angry Batman and Heavy Metal parking lot were the topics of the day.
Thanks Bill, Frank and Brian, for today. I had a great time hanging with you guys and am extremely stoked you guys helped make this happen, Chiz!
Posted by Dirty Donny at 10:50 PM

I got this kick ass deck a while back from my buddy Corey O'brien and his brother Gavin.
I think it's one of my all time favorite skate graphics.
It's on my studio wall in all it's Jim Phillips glory!
Thanks guys!
Posted by Dirty Donny at 11:56 PM 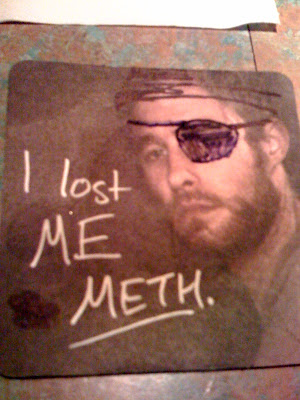 Was at Lucky 13 this week with Oriana and Brian and saw this beer coaster that someone doodled on. It made me laugh.
Posted by Dirty Donny at 9:27 PM 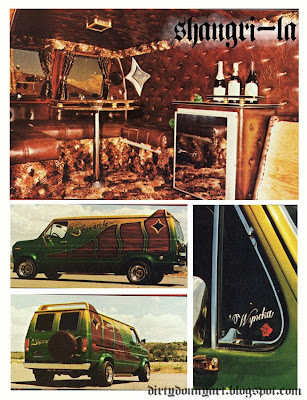 It's been a while since I've done a Van of the week post, no real reason, I guess I just needed a break. I've been seeing allot of vans around lately. Lots of diamonds in the ruff, things of beauty past, almost survivors, sun fade victims. I was talking to my friend Wade the other day and the subject of Van interiors came up so I figured I would post this one.
I also get asked allot about vans and why I don't own one and the reason is I don't know?
I have a '69 Satellite, that's my first love, a bare bones Mopar, a metal spam can full of fire crackers. I would love to own a van one day and most likely will. I've played with the idea of creating/painting my own but I also like the idea of finding a survivor, something from the day, I think that would be the shit. Something with a bed, bar, shag and Frazetta mural, something with a good vibe ghost.
I'll get back on the van of the week soon. I've just been busy with the car build and keeping up on my work.
Oh, check out that bad fucking ass paint job!
Posted by Dirty Donny at 8:28 PM 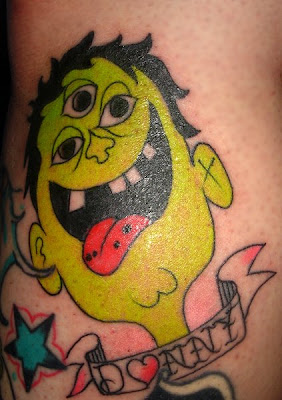 Oriana got this amazing tribute to her #1 Love yesterday...ME!
And I must say it looks just like me!
Thanks Babe!
By our pal Brian Wahl.
Posted by Dirty Donny at 6:22 PM

Hey you! Nobody cares about your tattoo. so corndogs! 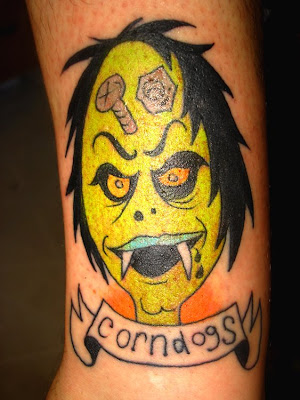 Corndogs by Brian Wahl, thanks bro!
Also got my motor today. Thanks Dan, Frank, Bill and Scott for all the help!
Dropping that baby Sunday and der will be pics.
Posted by Dirty Donny at 6:36 PM