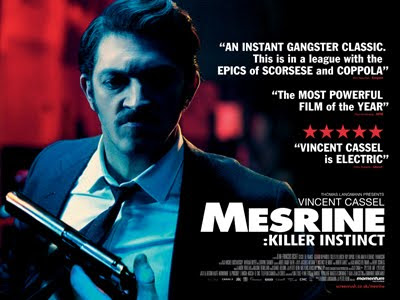 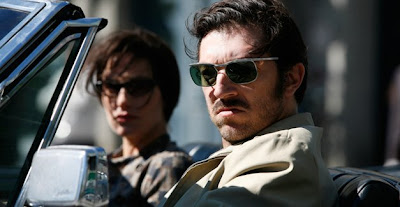 directed by Jean-François Richet
starring Vincent Cassel as the French criminal Jacques Mesrine. Based on Mesrine's autobiographical book "L'instinct de mort", Killer Instinct details Mesrine's rise in the Paris criminal underworld after serving in the army in Algeria, as well as his early exploits in Paris, and later in Quebec, Canada.

My buddy Paco told me about this film and that he thought I would love it seeings that I spent five years in Montreal and dig this kind of true crime stuff. About a month later it popped up on my net flix cue (ya I'm pretty down with net flix lol) so that night I kicked back on the couch and hit play. What followed was one of those special rare moments that sucks you into the couch and glues your eyes to the screen. It's so well shot, the acting is amazing (Vincent Casell is bad ass) and you don't even notice the french subtitles.
For me it's like the first time I saw Chopper, The Wrestler and Bronson just to name a few. You really can't compare it to other films, it has a style all it's own.
-- 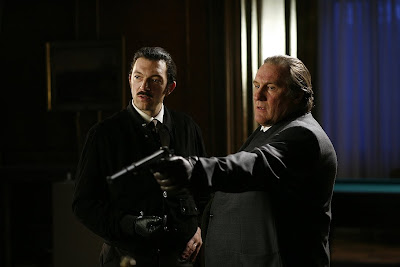 I've compiled some photos and links for you again. ' I do all the work around here.
Oh, and it's two films or two parts, how ever you want to look at it.
I haven't seen part two Mesrine Public Enemy Number 1.

Mesrine the man himself wikipedia 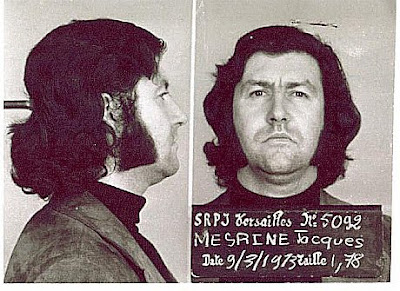 A clip from Wik.
"By the end of 1972 Mesrine had returned to France where he resumed robbing banks. In March 1973, he was arrested but, taking a judge hostage, he fled during sentencing, using a revolver hidden in the courthouse by an accomplice. 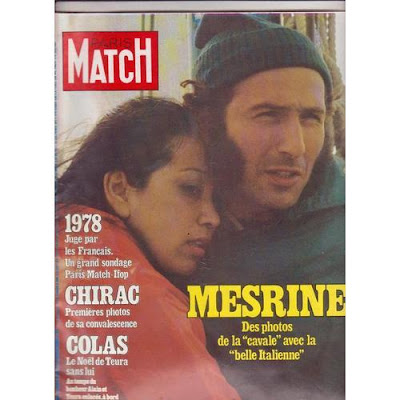 Four months later, he was arrested again in his new Paris apartment. On 18 May 1977, Mesrine received a 20 year sentence and was sent to La Santé maximum security prison, where he wrote L'Instinct de Mort ("The Death Instinct")[1][2], an incomplete but detailed autobiography. Mesrine had the book smuggled out of La Santé Prison and published. 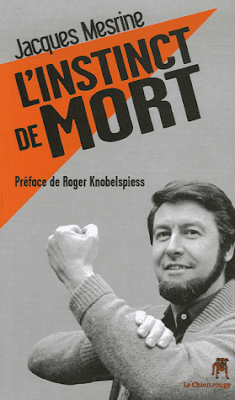 Almost a year later, on 8 May 1978, he escaped with three other convicts, although the police shot one of them. The escape became a scandal in France, as weapons had been smuggled into the prison, apparently by the guards." 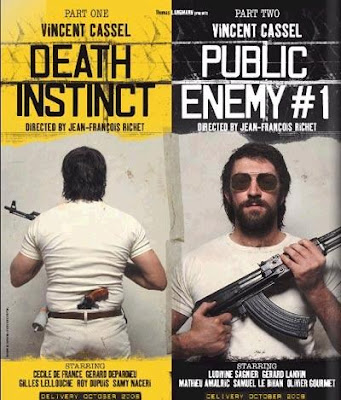