monster of the week (the Crimson ghost) 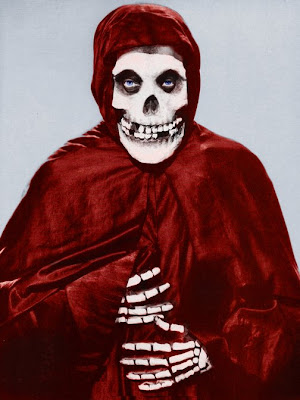 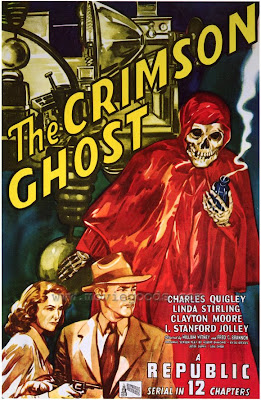 We all know this guy here from the Misfits but this is the 1946 serial were it started.
There have been a few name changes like The Scarlet Shadow and Cyclotrode "X".
In the early 1950s, The Crimson Ghost was one of fourteen Republic serials edited into a television series.
The film also got recolored in the 90's.
This is a must see for any monster, sci-fi, thriller fan!
I used to own a dubbed VHS copy a long time ago but you can now see the whole thing on youtube.
I figured this would make a great first addition to "Monster of the week" witch will be replacing Villain of the week cause let's face it, there are just way more cool monsters than villains and the last thing I'm going to do is post a fucking picture of Darth Vader on my blog. (unless it's airbrushed on a van).
Dig.
Posted by Dirty Donny at 7:42 PM