Ed Roth’s Orbitron has been found 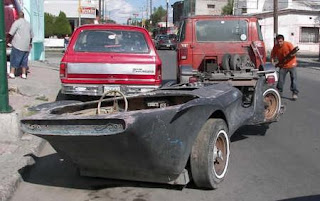 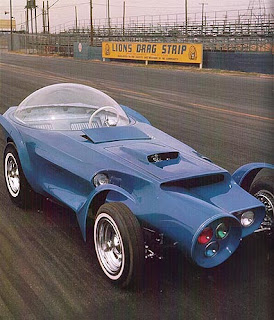 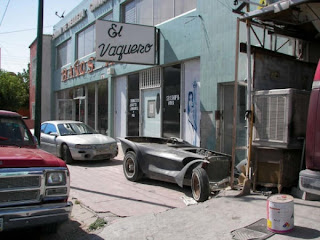 I know this is old news but I love this car and had to post this.
Here are some clips I got of the net with the respected links.

http://jalopnik.com/cars/ed-roth/ed-roths-orbitron-found-in-mexico-295010.php
Finding a battered Orbitron, one of Ed "Big Daddy" Roth's most iconic custom cars, in Mexico is like finding JD Salinger slumped over a bottle of Mescal in a Tijuana speakeasy. The 1964 product of the Roth mind and fiberglass shop recently turned up south of the border, where it had been carnival attraction and trash bin in front of an adult book store. Orbitron scared the kneepants off a young Jalopnik when he saw a photo of it in a tattered library book. The picture was from 1963 and the Orbitron, then in progress, looked like nothing more than an mound of barely formed plaster of Paris. By 1964 it had taken shape as the spaceship-dragster that, the late Roth one said, was a failure at the shows. He blamed the Orbitron's lack of appeal on its chromed 1955 Chevy engine, which the kids of the day considered beyond passé. And, a novel headlamp, created from three primary-colored lenses aimed at a single beam, apparently was too geek when geek wasn't cool. The new owner says he hopes to restore it.

http://www.jalopyjournal.com/forum/showthread.php?t=204957&page=12
This just in… Ed Roth’s Orbitron has been found. Turns out the car spent some time at a Mexican carnival and finally ended up being used as a trash receptacle in front of an adult book store. Sounds like a bad night out in Tijuana to me, no?
Posted by Dirty Donny at 7:09 PM