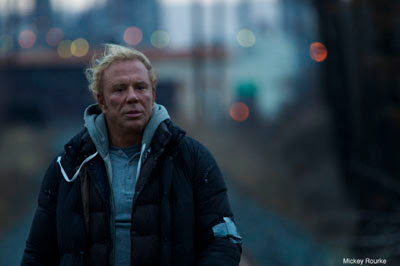 I finally saw this film yesterday and was stoked. I herd it was good and have been meaning to see it for a wile. Now, I can't seem to stop thinking about it.
I love when films have an impact and stay with you. I have a few signs that alert me to the fact that this isn't just a good film, it's a great one. One is when my hands sweat during the movie, that happens to me when I'm tense or nervous. Another is when you find your self still thinking about it the next day. It happened the first time I saw Raging bull. I read a few reviews for the wrestler online and they were all kind of the same, boring reviews praising the film by people payed to write reviews. It's a fucking joke to get payed to write a review, I know, I have friends that do it and they all joke about it. One in particular does record reviews and sometimes never even listens to the band, then makes a small chunk of change selling all the free Cd's. I'm not knocking it, hell beats washing dishes and it's pretty funny. I just think the better reviews are ones that come from the heart, from people that do them cause they want to, like in fanzines or blogs, not in Rolling stone, news papers or snobby know it all websites. They are also calling it Mickey Rourke's comeback? Hey what about Sin City?! He kicked ass in that too! I wanted to dedicate this little post to this film so that the folks who come here from time to time will maybe look at it expecting to see a Van or some photo of weird food and get this. So maybe you'll go check it out and be stoked like I was, or maybe not? I dug it, it was raw and real and that's all I'll say.
You can check out Mickey Rourke being awesome here. 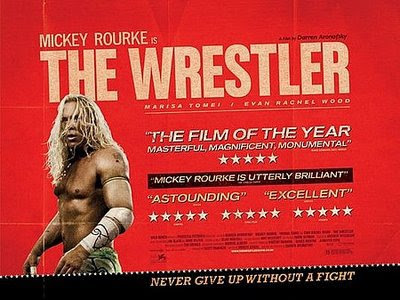